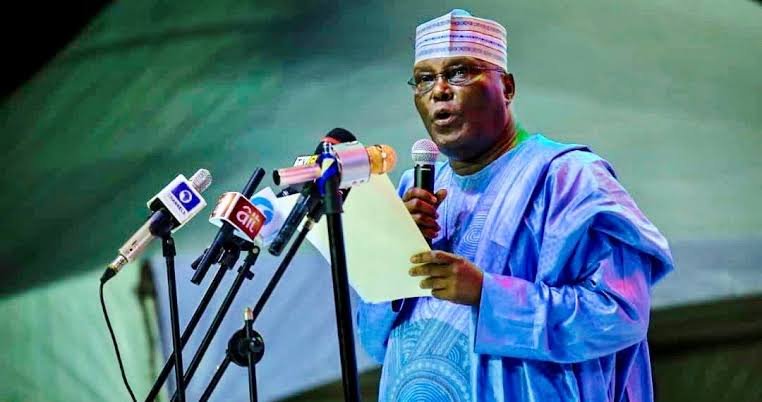 As the interlude in the drama of 2023 political dispensation is being observed, political players are truly at a crossroad on who can possibly bell the cat for the jingles zoom.

Parties have already begun soft consultations,sensitization and brainstorming on whom the cap fits to be issued their presidential ticket that would return home with the trophy of victory and excellence following the announcement by the INEC Chairman in a tranquiled moments of silence by Nigerians on who wins the election.

People’ s Democratic Party is one party l believe is strongly preparing to take over power and form a new government of a salvaged modern Nigeria. Glory be to God and kudos for the choice of an experienced pragmatic leader unanimously chosen by the North as the consensus National chairman of Party in the person of Dr Iyorcha Ayu.By rating,Dr.Ayu has garnered volumed experience in leadership especially when he presided over the Nigerian Senate in the third Republic.His inauguration will be awesome on the 31th of October, 2021 God being so kind.

That is phase one being successfully achieved to focus on the candidate to fly the presidential flag for the party in the forthcoming 2023 general election. Without any iota of doubt, PDP has a herculean task to do in other to clinch power and Atiku Abubakar is a good electrode to weld the two irons together for strength and durability.This may sound odd in the eyes of fellow party chieftains especially those nursing the intention to run for the number one seat in the land.Be that as it may,it is a nice thing to have a contemplation of becoming President of one s country and another thing differently all together is having the capacity, charisma and doggedness required to enter the ring and wrestle power from the hands holding it. It among other things calls for a sober reflection on the PDP management to be proactive and eagle sighted by seeing beyond her nose and allow Alhaji Atiku Abubakar retain the 2019 presidential flag in 2023.

Invariably, we are talking about dethroning APC and its cabal to enthrone another refined government bent on restructuring Nigeria; We are facing a situation where power is maximumly expected to change hands; We are by and large talking about a personality with a prepared will to slog it out with the Brock Lasner of APC to win and collect the Presidential belt that greater Nigerians would be happy to have and felicitate with. For these keys reasons,Atiku Abubakar is the best bet for this deal so that our party will ride on the horse of celebration in the end and it calls for ensuring that the same measure PDP without contest chose Dr Ayu,let the same be applied in the choice of Atiku for Presidential ticket instead of preparing to come out for noisy fight against one another.

SENATE 2023: Why Enugu East will vote for Princess Ada Ogbu

For truth sake,we have many talented and ebullient thinkers who are intelligent and will creditably do well in governance when given the opportunity but the state of the nation at the moment calls for a person of Atiku s antecedents and eagerness to succeed in the drive.We hereby call for all beloved party leaders and stakeholders to unanimously in one spirit of understanding support Alhaji Atiku Abubakar for the Aso Rock top position,come 2023.Nothing moves mountain like unity because it is popularly held that unity is a force that cannot be defeated.

PDP Coalition besieges the internal organ and all family members of the People s Democratic Party to come out en mass and support the candidacy of Atiku Abubakar in 2023.This is man with a lion heart whose core objectives of intending to govern are built on restructuring the fiscal federalism,transforming the dwindling economy, boast and revamp agriculture, educational enhancement, youths empowerment, industrialize Nigeria and most importantly re energize and harness the national security architecture.
The truth remains that Atiku will better and unite Nigeria in a way that man s inhumanity to man and ethnic favourtism and nepotism will be erased.