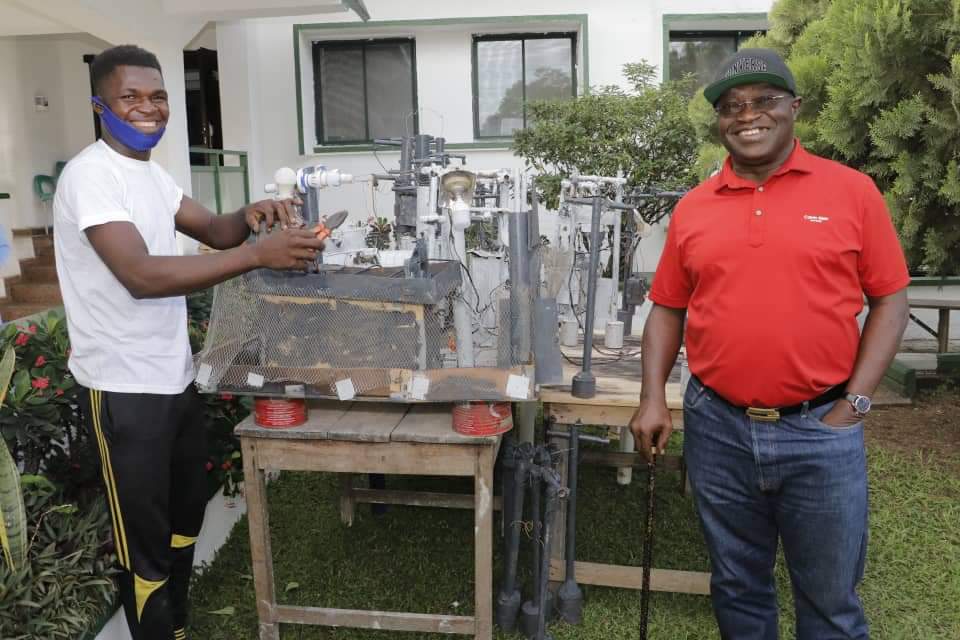 Abia State Governor, Dr Okezie Ikpeazu has awarded 5 years scholarship to Mr Solomon Ukoha who constructed an electricity sub station with crude oil and other locally sourced materials. The scholarship is for him to further his education in any tertiary institution of his choice.

Governor Ikpeazu who made this pronouncement at his lodge in Aba while receiving the 24 year old Solomon who is from Amaekpu in Ohafia LGA of the State expressed joy over the technical ingenuity exhibited by the young innovator noting that Abia has youths who can compete favourably with their international counterparts in technical education if given the opportunity.

The Governor explained that power supply has been a major problem facing the country and as such has impacted negatively on economic growth and industrialization especially in the shoe, leather and garments sub sectors for which Aba is well known.

The Governor encouraged Solomon to train some other youths and impart same knowledge to them for the greater benefit of society.

The Chief Executive however encouraged him to build a more presentable prototype of the sub station to enable it compete in external exhibitions revealing that the scholarship covers his tuition fee and accommodation immediately he gets admission.

Showcasing his innovation to the Governor, Mr Solomon Ukoha who said he has completed his secondary school education without any hope of going to the university due to financial challenges revealed that he got the inspiration from God.

He appealed to the State Governor to assist him further his education, a step he said would help him greatly in fulfilling his ambition and expressed his readiness to teach other youths as advised by the Governor.

Recall that Mr Solomon Ukoha whose video went viral on the social media last week tested the electrical sub station before the Governor. 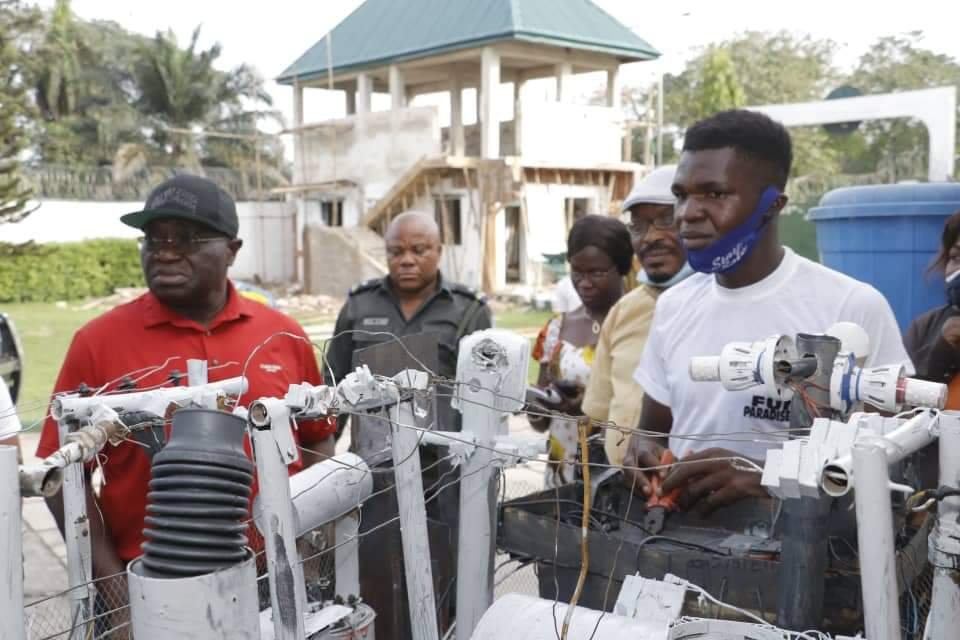 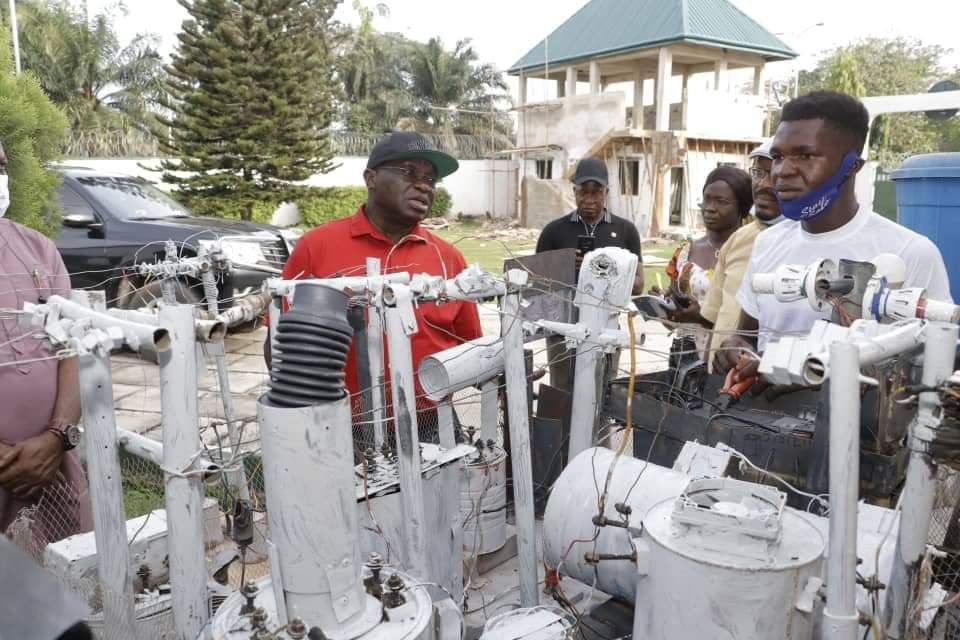 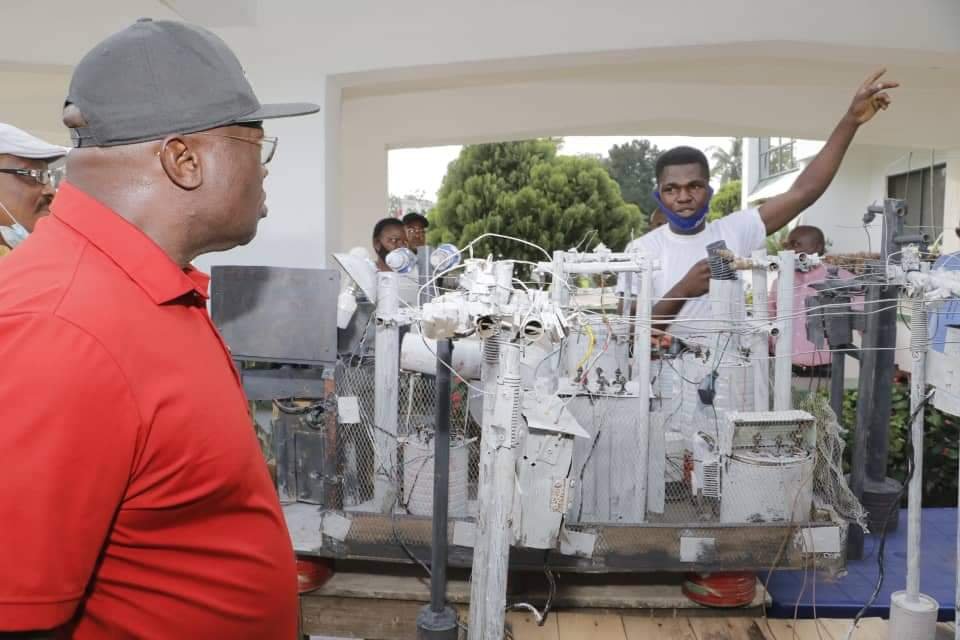 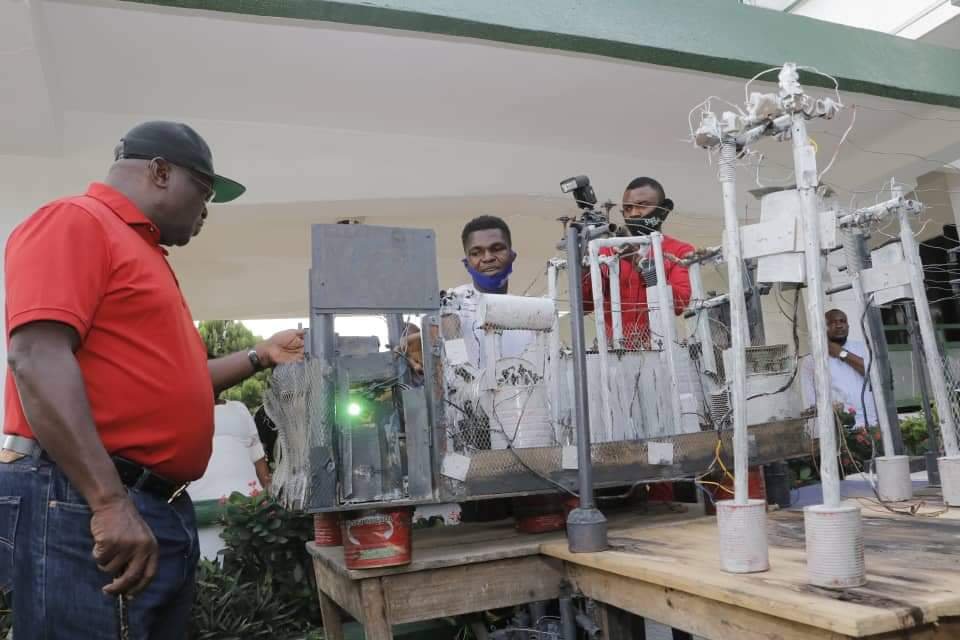 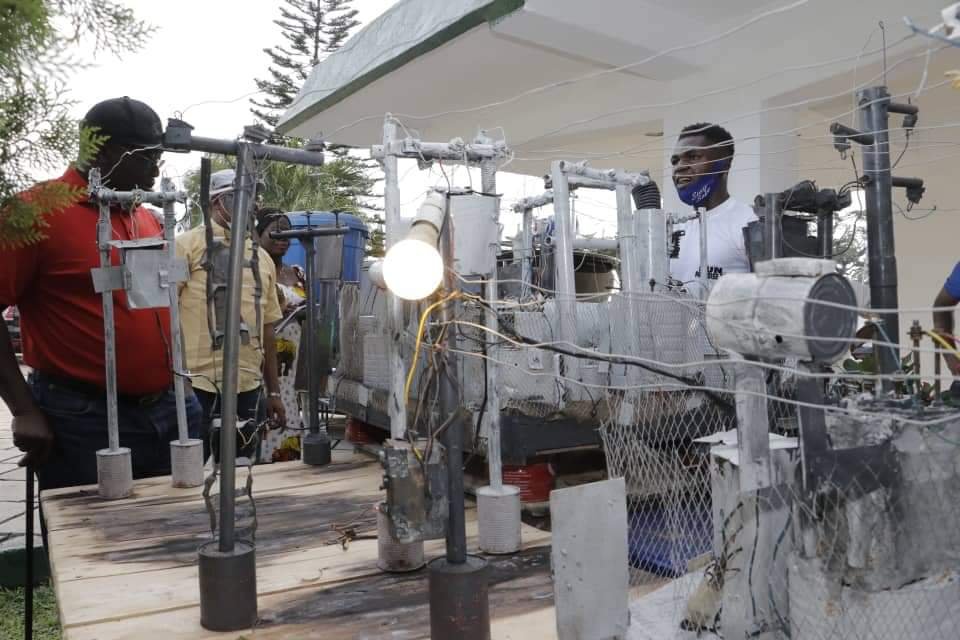 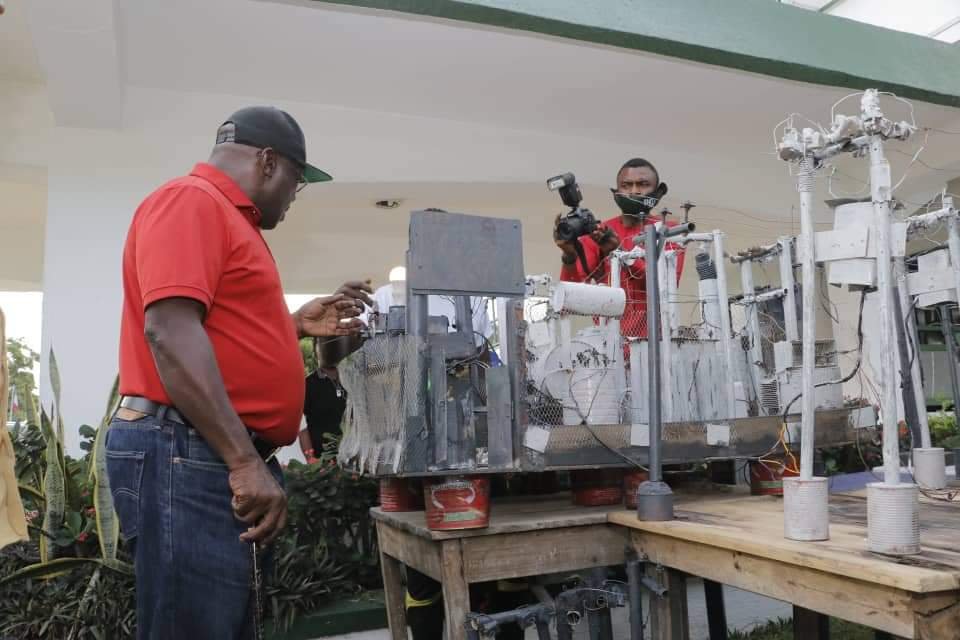 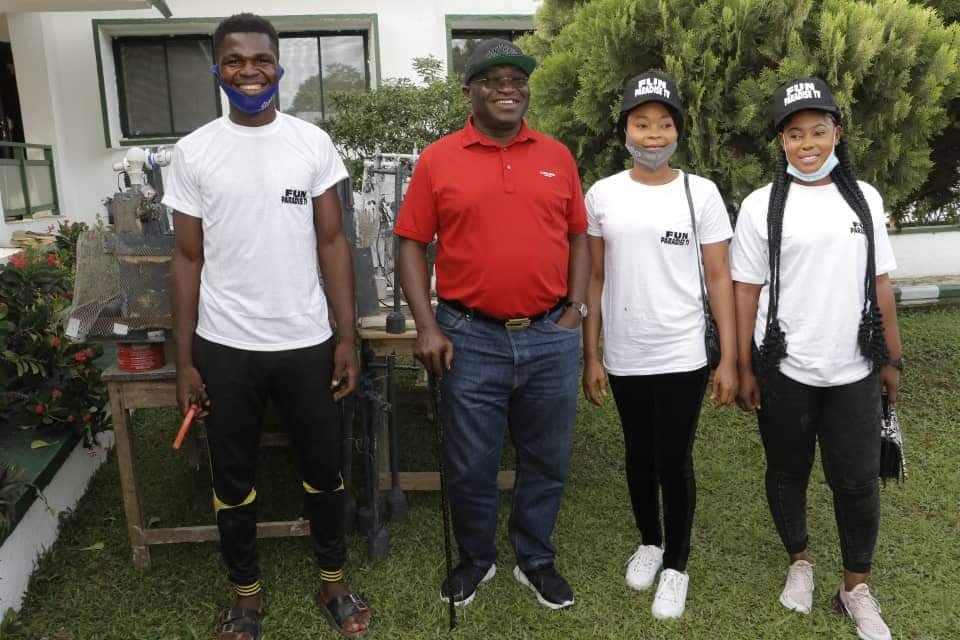