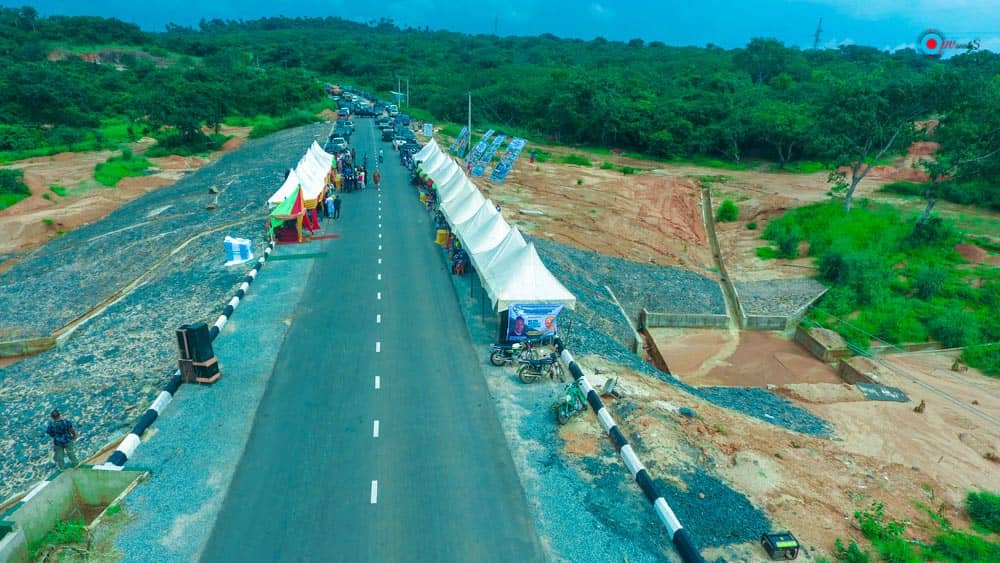 It was a moment of jubilation amidst deep relief day the federal government commisioned and handed over erosion and flood control works built in Isuikwuato community of Abia state.

The project, specifically located at Oghighe/Urualla Ohukabia Aligbara/Ohukabia, Nduibi in Oguduasa clan in Isuikwuato Local Government Area (LGA) of the state was executed through the Ecological Fund Office (EFO), Office of the Secretary to the Federal Government (SFG).

In a speech at the event, President Muhammadu Buhari said the project was one of the 20 ecological interventions awarded by the Federal Executive Council in June 2020.

The president, represented by the Deputy Chief Whip of the House of Representatives, Rep. Nkeiruka Onyejeocha, said it was meant to address the challenges of soil erosion and flooding that had dealt severely with the communities for many decades.

“I have no doubt that the successful completion of the project will ensure the safety and wellbeing of the people of the communities and also improve their standard of living.

“It will mitigate the dangers, losses and damages associated with soil erosion and seasonal flooding of unpredictable intensity, which had plagued the communities for years.

“Furthermore, the project would provide ample opportunities for the socio-economic growth of the natives,” Buhari said.

Onyejeocha, representing Isuikwuato/Umunneochi Federal Constituency, who attracted the project, paid glowing tribute to the president for approving the project for her constituency.

She said, “The approval of the project is in tandem with the president’s pledge that no part of the country will suffer neglect, owing to its geographical location or political affiliation because every part of Nigeria is dear to him.”

Onyejeocha, who defected from the Peoples Democratic Party in August 2018, expressed joy that she could realise the project within the short period she joined the All Progressives Congress (APC).

She thanked the Secretary to the Government of the Federation (SGF), Boss Mustapha, the contractors and consultants “for their doggedness in ensuring quality and timely completion of the project.”

Also speaking, the Permanent Secretary, EFO, Dr Habiba Lawal, gave credit to Onyejeocha for initiating the project “through a request for an urgent Presidential Intervention” to check the ecological devastation in the area.

“It is our conviction that this intervention will provide the enabling environment for enhanced socio-economic activities among the benefitting communities,” Lawal said.

He enjoined the communities to take ownership of the project and ensure its maintenance and sustainability.

“These will help to ensure that the resources committed to the project by the federal government were not a waste,” he said.

They recalled the trauma the natives suffered due to the erosion and flood menace in the area, saying that the affected portions of the road provided hideouts for armed robbers and kidnappers.

According to them, travelling on the road became a nightmare due to the hoodlums, who were regularly robbing, kidnapping and raping our girls and women.

They expressed joy that security had improved appreciably in the area since the completion of the project.

The highlights of the event included the conferment of the chieftaincy title of “Ada-dioha nma” (the maiden, in whom we are well pleased) on Onyejeocha by the Oguduasaa Traditional Rulers to further demonstrate their gratitude to her.

Photos from the event: 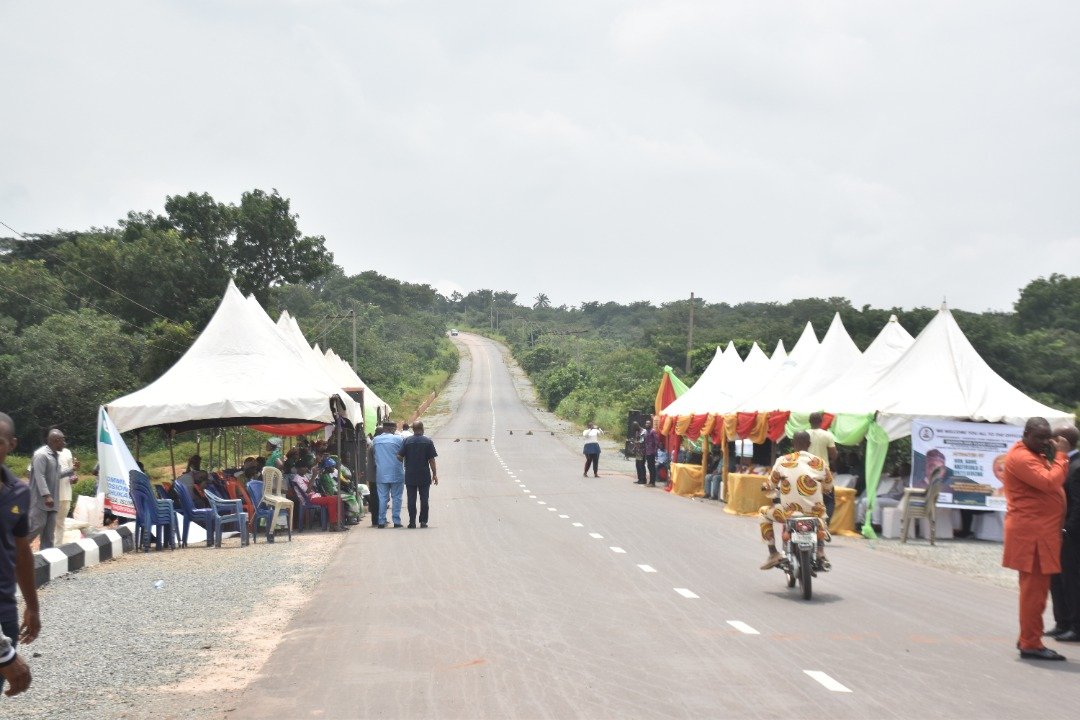 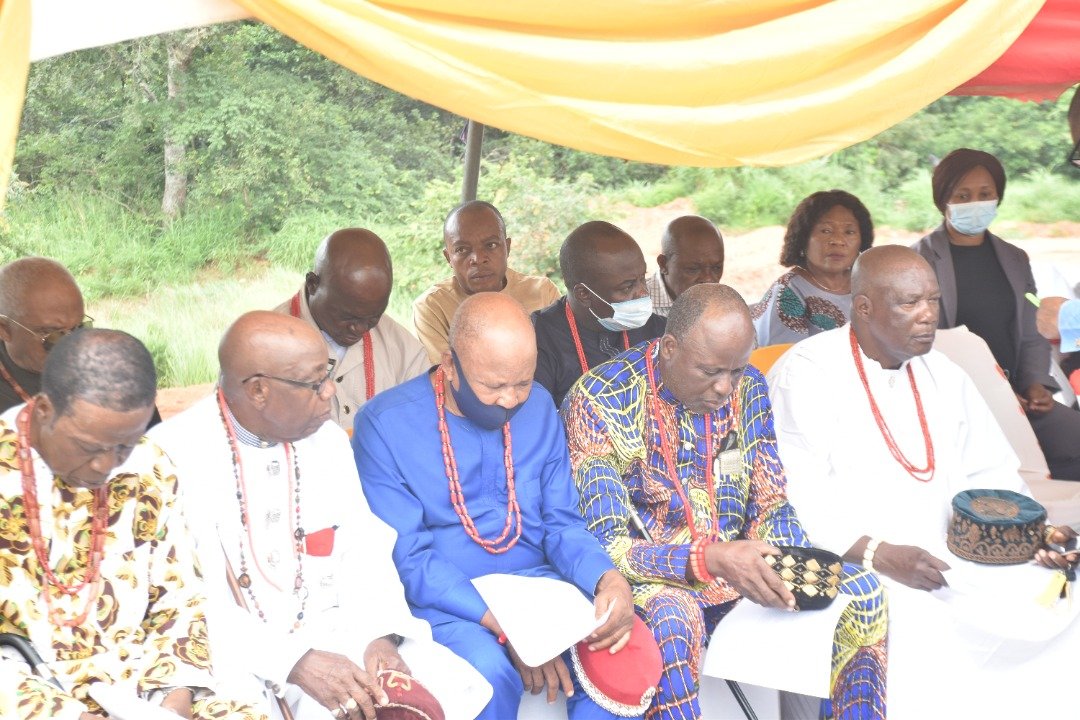 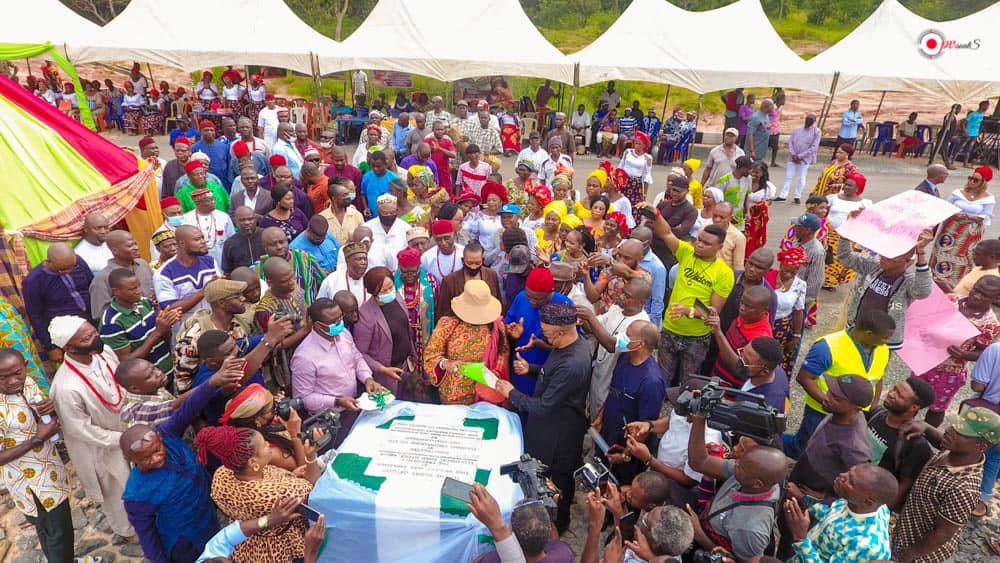 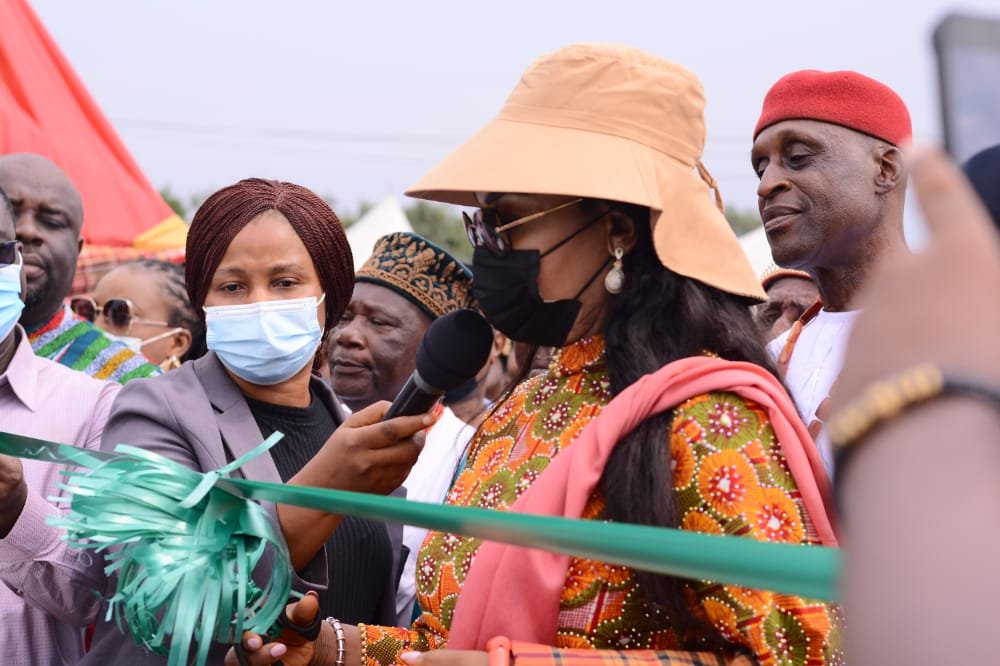 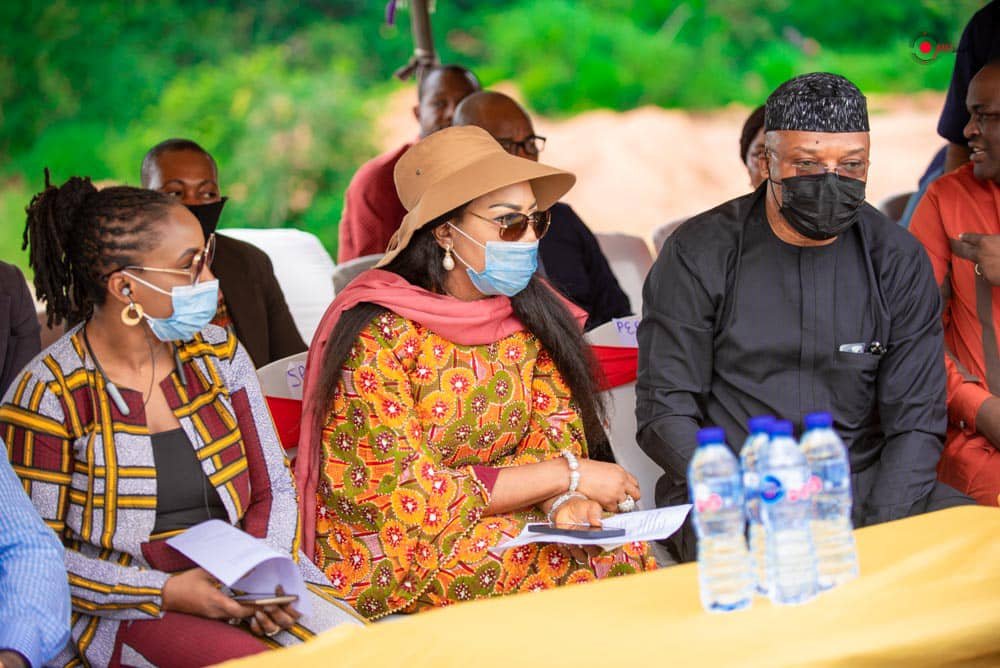