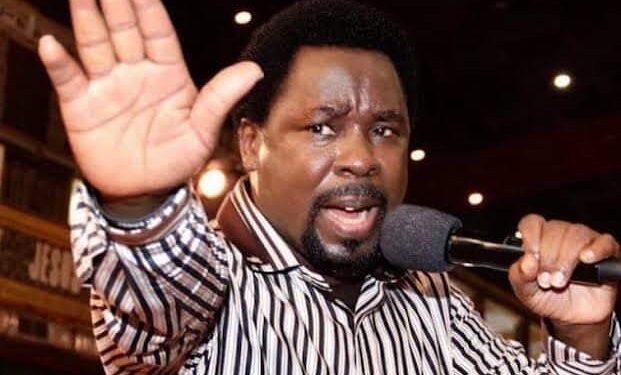 45
SHARES
452
VIEWS
Share on FacebookShare on TwitterShare on WhatsApp

The Police have surrounded the Lagos house of the leader and founder of The Synagogue, Church of All Nations, Prophet Temitope Balogun Joshua, commonly referred to as T. B. Joshua, over death claim.

There had been a viral news on social media over alleged death of the prophet on late Saturday night.

However, this has been disputed by his friend, former aviation minister, Femi Fani-Kayode.

“The story that is being peddled around by some fake news merchants that my dearest friend and brother, Prophet T.B. Joshua of SCOAN, is dead is FALSE!

“It is FAKE NEWS in its most hideous form. The Prophet is alive and well and he shall live long and prosper. Glory hallelujah!,” he said.

Joshua is a Nigerian charismatic pastor, televangelist and philanthropist. He is the leader and founder of The Synagogue, Church of All Nations, a Christian megachurch that runs the Emmanuel TV television station from Lagos.

BIAFRA: How Nnamdi Kanu 'saw' the death of TB Joshua