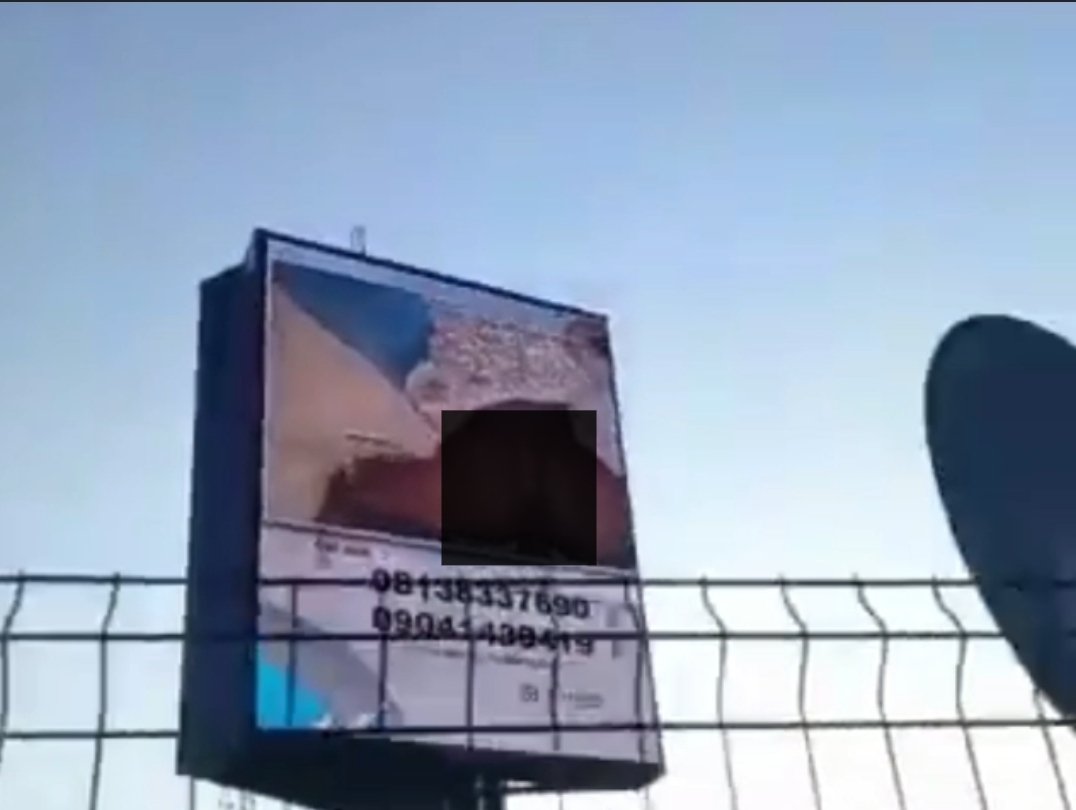 The incident occurred at Garrison Junction, a popular junction along Aba Road in the city on Thursday, 14th October 2021.

The billboard was eventually disabled, hours after the occurrence.

Meanwhile, the Police in Rivers State have arrested the culprit for gaining unlawful access to an electronic billboard and streaming X-rated material on it.

The Rivers State Signage and Advertisement Agency (RISAA) has shut down the electronic billboard while investigations are going on.