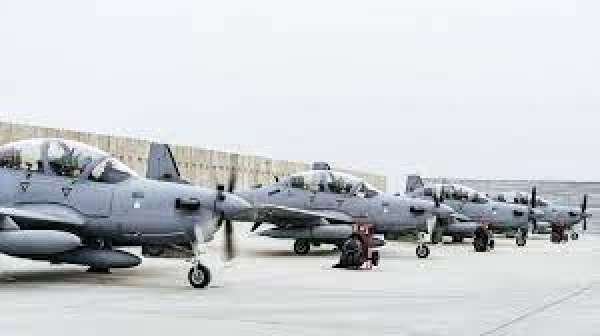 United States lawmakers are holding down a proposed sale of attack helicopters to Nigeria amid mounting concerns about the Muhammadu Buhari regime’s human rights record as it grapples with multiple security crises.

US lawmakers on the Senate Foreign Relations Committee have reportedly delayed clearing a proposed sale of 12 AH-1 Cobra attack helicopters and accompanying defence systems to the Nigerian military.

The deal is worth $875 million, according to US officials and congressional aides familiar with the matter.

In addition to the helicopters, the proposed sale included 28 helicopter engines produced by GE Aviation, 14 military-grade aircraft navigation systems made by Honeywell, and 2,000 advanced precision kill weapon systems—laser-guided rocket munitions, according to information sent by the State Department to Congress and reviewed by Foreign Policy magazine.

A report by Foreign Policy on Tuesday said the behind-the-scenes controversy over the proposed arms sale illustrates a broader debate among Washington policymakers over how to balance national security with human rights objectives.

The hold on the sale also showcases how powerful US lawmakers want to push the Biden administration to rethink US relations with Nigeria amid overarching concerns that Buhari is drifting toward authoritarianism as his government is besieged by multiple security challenges, including the Boko Haram insurgency.

But Western governments and international human rights organisations have ramped up their criticisms of the Buhari regime, particularly in the wake of its ban on Twitter, systemic corruption issues, and the Nigerian military’s role in deadly crackdowns on #EndSARS protesters last October.

Chairperson of the Senate Foreign Relations Committee, Sen. Bob Menendez, called for a “fundamental rethink of the framework of our overall engagement” with Nigeria during a Senate hearing with US Secretary of State, Antony Blinken in June.

Both Menendez and Sen. Jim Risch, a top Republican on the Senate Foreign Relations Committee, have placed a hold on the proposed arms sale, according to multiple US officials and congressional aides familiar with the matter, who spoke to Foreign Policy on condition of anonymity.

The details on the proposed sale were first sent by the US State Department to Congress in January before then-former Vice President Joe Biden was inaugurated as president, according to officials familiar with the matter.
Nigeria has just received six out of the 12 Tucano jet fighters purchased from the US government.

Some experts said the United States should hit the pause button on major defence sales until it makes a broader assessment of the extent to which corruption and mismanagement hobble the Nigerian military and whether the military is doing enough to minimize civilian casualties in its campaign against Boko Haram and other violent insurrectionists.

“There doesn’t have to be a reason why we don’t provide weapons or equipment to the Nigerian military,” said Judd Devermont, director of the Africa program at the Center for Strategic and International Studies, a think tank. “But it has to be done with an assessment of how it will actually, one, change the direction of conflict in Nigeria, and, two, that they will use it consistent with our laws. In both cases, it’s either a question mark or a fail.”

“There is a culture of impunity that exists around abuses by the military,” said Nigeria researcher at Human Rights Watch, Anietie Ewang.

Ewang cited the Nigerian military’s killing of unarmed protesters during the massive #EndSARS demonstrations against police corruption and brutality last year as well as cases documented by human rights organizations of abuses in the military’s campaign against Boko Haram.

“I’m sure it’s a difficult situation. There are so many conflicts springing up across the country now,” Ewang said.

“The authorities, I presume, are trying to do the best they can to save lives and properties. But this must be done in accordance with human rights standards. You can’t throw one out just to be able to achieve the other.”

INTERVIEW: Why One Love Foundation is embarking on 2nd Chance Rehabilitation Programme for prisoners in Nigeria- Eholor

Twitter Unban: FG has shown it violated the rights of Nigerians- Group