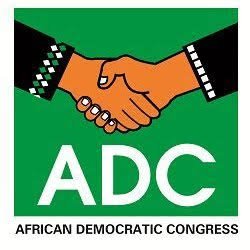 Speaking during the town hall meeting, Yesterday, the ADC Diaspora Network Deputy Director, Mr. Kenneth Gbandi, said that Anambrarians needed a man who understands the needs of the people. He said Akachukwu Nwankpo is the most qualified among the governorship candidates to take over from Governor Willie Obiano.

He said: “The onerous task of leading a state, such as Anambra, with its political sophistication, requires a man with the experience, humility, and grassroots reach of Nwankpo, who sincerely knows, understands and is ready to give the people of Anambra State the much desired leadership; without any argument, Nwankpo is, indeed, the right man and the choice of Anambrarians.”
The epoch event titled “Dialogue with Akachukwu Sullivan Nwankpo” was hugely successful. The critical stakeholders of ADC-DN Europe have thrown massive support behind Nwankpo, ready to mobilize materials and other needed resources to ensure victory for the ADC at the upcoming November polls.

2023: Igbos are primitive, barbaric, can’t be trusted to be President, no Nigerian will vote for them – Oluwo of Iwo

The ADC Renaissance Group in Diaspora disclosed the decision of the group to support Nwankpo was taken after an appraisal of all the governorship candidates in the state, and that they found the ADC candidate better equipped to rule the state.

The highly elated audience who greatly contributed to the live-show from different parts of the world, were satisfied with the robust manifesto as presented by Akachukwu Nwankpo.The depth of knowledge and understanding of the state; its tall orders, ambitions, mass expectations; the general yearnings and aspirations of ndi Anambra as captured in the almighty ADC blueprint; the manifesto of “Restoration”, is vissionary, and will provoke a change ndi Anambra can see, feel, and touch.

The National Chairman of ADC Chief Ralph Nwosu “Ikolo” stated that the ADC led government will champion a transformational governance, and the government will be upon the shoulders of Anambra families. He said that it was during the screening of the governorship aspirants that the party ADC got convinced that Akachukwu Nwankpo was the best man for the job.

While presenting the party’s manifesto, Nwankpo said “We are going to return power back to the people. Every “umunna”(kindred), immediate and extended families in Anambra will be fully represented in our government. For us in ADC, It is all about “umunna”, the welfare and wellbeing of “Onye Anambra” wherever you are, will be our cardinal focus. ADC government will bridge the gap between the state,local government, community and the umunna. We will create saving culture, and deploy state resources judiciously. Their will be no room for extravagant use of public funds. We will be accountable to the people of Anambra, and not to anyone else”.

Whrapping the 2-hour memory lingering event, the online media network anchor person, Prisca Nwikpo thanked the crowded participants, and wished the ADC success. While the Deputy Director of ADC-DN Europe Kenneth Gbandi said that Akachukwu Nwankpo had all it takes to take Anambra state to the next level. He enjoined all the members of ADC-DN Europe to rally round Nwankpo and support him to victory at the gubernatorial election slated to take place on November 6, 2021.

Anambra 30 Years After - Obiano Our Only Legit Hero