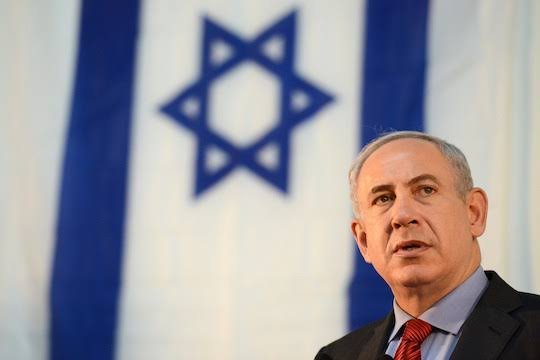 2
SHARES
23
VIEWS
Share on FacebookShare on TwitterShare on WhatsApp

Israel’s Prime Minister Benjamin Netanyahu, blaming Hamas for starting nearly a week of hostilities by firing rockets at Israel, said on Saturday Israel will continue to strike in Gaza as long as necessary and do its utmost to avoid civilian casualties.

“The party that bears the guilt for this confrontation is not us, it’s those attacking us,” Netanyahu said in a televised speech. “We are still in the midst of this operation, it is still not over and this operation will continue as long as necessary.”

“Unlike Hamas, which deliberately intends to harm civilians while hiding behind civilians, we are doing everything, but everything, to avoid or limit as much as possible harming civilians and to directly strike terrorists instead.”

Israel bombed the home of Hamas’s chief in Gaza early on Sunday and the Islamist group fired rocket barrages at Tel Aviv as hostilities stretched into a seventh day with no sign of abating.

At least four Palestinians were killed in Israeli air strikes across the coastal enclave, health officials said, and many were injured as the sounds of heavy bombardment roared through the night
Israelis dashed for bomb shelters as sirens warning of incoming rocket fire blared in Tel Aviv and the southern city of Beersheba
Around 10 people were injured while running for shelters, medics said.

At least 149 have been killed in Gaza since the violence began on Monday, including 41 children, health officials said.
Israel has reported 10 dead, including two children.
Envoys from the United States, United Nations and Egypt were working to restore calm but have yet to show any signs of progress.
The U.N Security Council was due to meet later on Sunday to discuss the worst outbreak of Israeli-Palestinian violence in years.

FG partners with Israel, Japan on manufacturing of electric automobiles

Both Israel and Hamas have insisted they would continue their cross-border fire, a day after Israel destroyed a 12-storey building in Gaza City that had housed the U.S Associated Press and Qatar-based Al Jazeera media operations. The Israel military said the al-Jala building was a legitimate military target, containing Hamas military offices, and that it had given warnings to civilians to get out of the building before the attack.

The AP condemned the attack, and asked Israel to put forward evidence.
“We have had no indication Hamas was in the building or active in the building,” the news organisation said in a statement.

In what it called a reprisal for Israel’s destruction of the al-Jala building, Hamas fired rockets at Tel Aviv and towns in southern Israel early on Sunday.