ABBA KYARI: Now that the tables have turned… 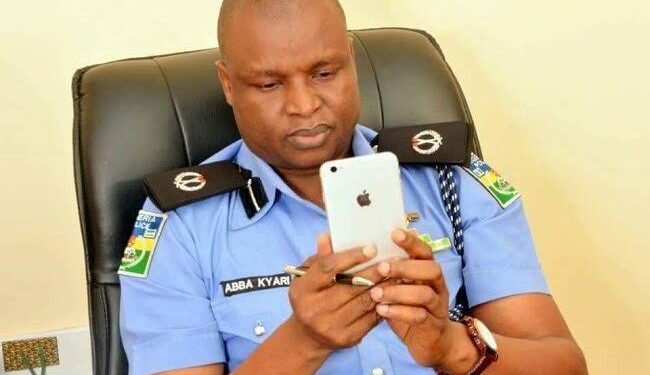 16
SHARES
157
VIEWS
Share on FacebookShare on TwitterShare on WhatsApp

Abba Kyari and his IRT team used to keep suspects in custody for several months.

They do not even allow lawyers to see their clients who are in their custody.

Sometimes, they interrogate lawyers who come to bail their clients, and scare them away with threats of arrest and detention. They often arrest lawyers and detain them for several days too, just for coming for the bail of their client.

Now, just four days in detention, Abba Kyari is suing the NDLEA for half a billion naira for detaining him beyond the constitutional limit and not charging him to court. He now has a lawyer, a luxury he did not offer his suspects.

You see how life turns?

There are several stories of how that Intelligence Response Team headed by Abba Kyari used to detain suspects for several months.

There are also stories of those killed in their custody.

There are stories of suspects who were forced and taken to POS kiosks where all their life’s savings were taken.

There are stories of people who were shot and their properties taken.

There are also stories of people who were told never to come back for their properties.

This is the story of SARS and IRT.

But just four days in detention, Abba Kyari has developed diabetes, is about to die, and is speaking turenchi of fundamental right.

They have not even paraded him before the press as Abba Kyari IRT team parades suspects.

Let all those who think that they weld temporal power take note:

What goes around comes around.

The former presidents Olusegun Obasanjo said recently.. The government needs a Rebel to speak truth to power. We are the rebel, and we must keep speaking out.

Flood kills 108 in Jigawa, as governor returns from holiday

Why Fight Broke Out When PDP Southeast Received Atiku In Enugu

‘I had s*x with my aunt, sister, men, sacrificed my mom to further football career’