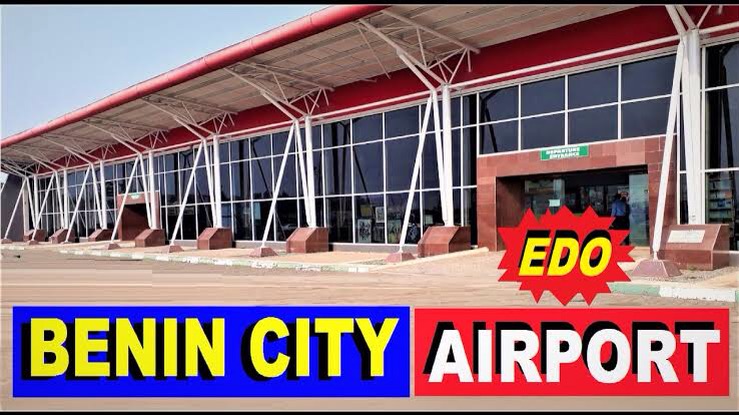 Civil rights defender and philanthropist, Comrade Patrick Osagie Eholor has again sounded alarm over the security of Nigerian travelers at the airports. Eholor this time sounded a note of warning following a visit to the Benin airport yesterday May 3, where he noted that there was no electricity for the past seven days.

According to him, travelers in Nigeria are currently facing several challenges, top of which is security.

He said “the situation at the Benin airport is terrible. There is no light, and there has been no light for seven days. We could not scan our bags, and that’s a security breach, a major security risk. If we only know what is happening in this country, only God has been saving us. I am talking to the Minister of Aviation, to whom I wrote a letter and nobody responded. We cannot continue to live like this in this country.

“If we don’t do anything about what’s going on now in the next six months, this country might cease to exist. I am sorry to say this but that is where we are heading.

“If the governor of Edo State knows what he is doing, if he is not playing politics with our lives, you cannot as number one Chief Security Officer, you will not tell me that you are oblivious of the fact that there is no light at the airport for seven days. I beg you, Mr Godwin Obaseki, I beg the followers of Godwin Obaseki that this is not politics. He should try to make our airspace safe, and contact the Minister of Aviation immediately.

“I was also told that in a number of occasions, the BEDC had come to the airport to cut the lights. Who does that? That is preposterous! Every day, we read that the governor is bringing in investors, are you bringing investors into darkness? If investors are coming from China or America, or Germany or U.K., will they be landing in darkness? Will that not terrify any reasonable investor?

“This is a very serious issue. I urge the governor to, within the next 24 hours, make sure that there is light restored at the airport, to make sure there is uninterrupted electricity at that airport, to make sure that he adds more generator to the airport to ensure there is uninterrupted power supply, so that the lives of citizens will not be at risk. This is a matter of urgency, or else, I will ask the president to declare a state of emergency in Edo state”, he said.

Recall that in April 2021, Comrade Eholor had written to the National Security Adviser and the Minister of Aviation over the illegal hoarding and hiking of airline tickets by airport and airlines staff.

In the letter, the activist who is also the global chairman of One Love Foundation observed that the development was very dangerous and could jeopardize the security of travelers and even that of the country.

He had warned that terrorists could take advantage of the development to hijack aircrafts and even engage in suicide bombings of planes loaded with passengers.

He therefore called on the National Security Adviser Babagana Monguno, as well as the Minister of Aviation, Hadi Sirika to as a matter of urgency, address the problem before it endangers the lives of travelers.

Eholor revealed neither the NSA nor the Minister has responded or reacted to the warnings he sent since last month.

May 30: MASSOB to celebrate 2021 Biafra Day, directs all markets, schools, banks, public offices to shut down