May 30: MASSOB to celebrate 2021 Biafra Day, directs all markets, schools, banks, public offices to shut down 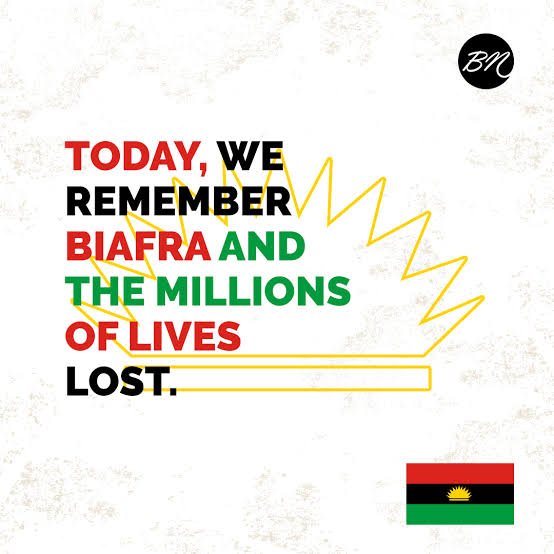 The Movement for the Actualization of the Sovereign State of Biafra (MASSOB) has announced that they will observe the 2021 Biafra Day celebrations with a Sit-at-Home, on the 30th of May, 2021.

According to a Press Release signed by the National Director of Information of MASSOB, Comrade Samuel Edeson, the decision was taken at a National meeting of the organisation in Enugu earlier today.

The pro-Biafra group in its declaration, argued that they will never change the ordinances of Dim Chukwuemeka Odumegwu Ojukwu, leader of the Biafra nation.

According to the release, “Ojukwu declared the Republic of Biafra with the total consent and full support of the elders and the people of Biafra on May 30th, 1967.

“MASSOB have no intention or plan to observe our fatherland anniversary celebration on any other date except on May 30th because May 30th is sacrosanct and sacred to the history and lives of Biafra Republic.

Ifeanyi Ubah Attack: Evil cabals trying to silence voices of truth and progress, Ubah not the only target – MASSOB

“The ordinances of our great leader, General Chukwuemeka Odumegwu Ojukwu must be jealousy and eloquently adhered to, any attempt to change it by disgruntled persons will be strictly resisted.
“MASSOB directs the people of Biafra to observe a special prayers and supplication for the fallen Biafra heroes during the Nigeria -Biafra war and our comrades that were killed by Nigeria security agents including the people of Biafra that died in the hands of Islamic Boko Haram and Fulani terrorist herdsmen.

“MASSOB directs all markets, schools, banks and all other public offices in Biafra land to observe the sit at home exercise as a mark of respect for our fatherland

“In spirit of brotherhood and Biafranism, MASSOB will collaborate with other Pro Biafran groups that have unanimously agreed and resolved to jointly observe, commemorate and celebrate the 54 years anniversary of Biafra declaration by our foremost leader, Dim Chukwuemeka Odumegwu Ojukwu on 30th May, 2021.

“This year’s anniversary will be celebrated by the people of Biafra not as a pro Biafra group, it is a mark of respect and honour to our father land, it is also a reminder to the visions and commandments of our great ancestors that we are not Nigerians but Biafrans.

“We enjoin our people to get ready for the celebration of this great anniversary which will hold to remind ourselves to continue the self determination movement for Biafra actualization and restoration”, it declared.