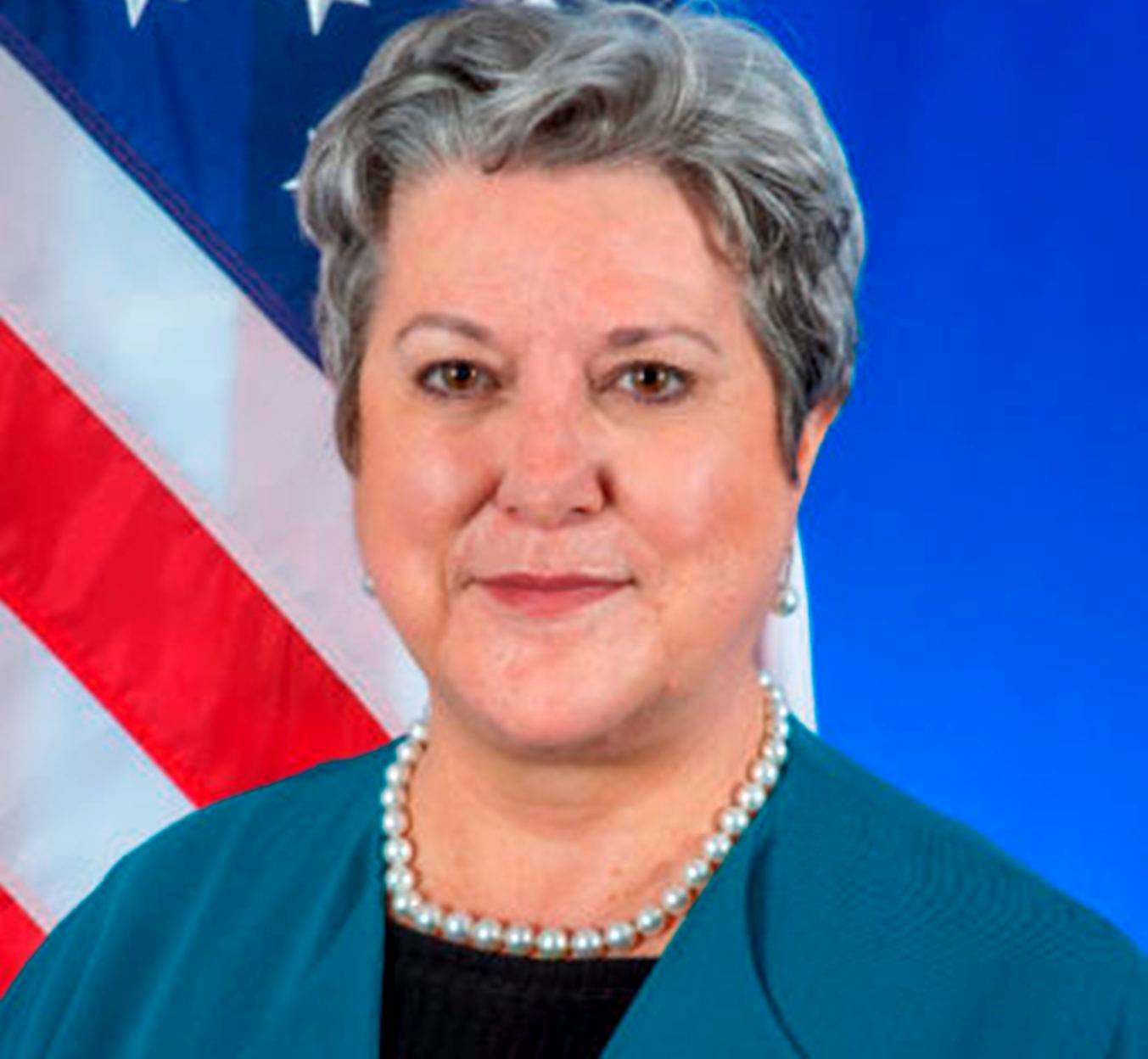 As part of efforts to help Nigeria overcome the continuous carnage inflicted in its citizens by terrorists and armed bandits, the United States government on Monday night said it is willing to provide Intelligence to assist Nigeria identify sponsors of terrorism in the country.

US Ambasssdor to Nigeria, Mary Beth Leonard made this disclosure at a round-table interaction on US – Nigeria military cooperation with journalists at the US embassy in Abuja noting that discussion in this regard was ongoing.

Leonard’s comments followed the disclosure by Gen. Jeffrey Harrigian, the Commander of United States Europe and African Air Forces Command, that the induction of A-29 Super Tucano Fighter aircraft into Nigerian Air Force operations, will be a defining moment in combating terrorism and other violent extremism.

Gen Harrigian said, “The acquisition of the fighter aircraft for Nigerian military has brought in multitude of capabilities that would help in tackling the prevailing instability in Nigeria. This truly is an opportunity to bring together the capabilities on the human side and what the A-29 brings to the nation, particularly as it will contribute to the tackling i security, and instability not only in Nigeria but more broadly the region.

US Army Decorates Amanda Azubuike Of Nigerian Descent As Brigadier-General

Emphasizing US readiness to support Nigeria identify and fish out terrorists sponsors, the US Ambasssdor said, “That is something we are very eager to partner Nigeria on. I have had at least three conversations in the last two months on this subject. I won’t like to go into details.”

Asked if US partnership with Nigeria would not collapse of Afghanistan in the face of violent uprising, Mrs Leonard dismissed such Fear saying “Nigeria has had a strong bilateral relationship with the US and that both situations are not the same.

“I hear people making the analogy with Afghanistan a lot, it does not match up. When you listen to what President Joe Biden said on how troops went to Afghanistan in the first place, it was because they were complicit in a horrible tragedy where over 3,000 Americans were killed.
READ ALSO: Terrorism, terrorist and their hazy definitions

“That is a different construct. The sovereign nations who have had strong bilateral relations. I don’t actually think the two match up.”

In the A-29 Super Tucano, Beth Leonard, said the induction of the Fighter aircraft was a significant milestone in the US – Nigerian bilateral relations assuring that the U.S. remains committed to support in Nigeria fighting insecurity.

Furthermore the Ambasssdor said the U.S. was committed to supporting democracy and economic programmes of the federal government of Nigeria aiding that her government will also ensure that the full package with regards to the agreement between Nigerian and the U.S. in the Super Tucano would be fully implemented.

Also Speaking at the round-table the Commander, US Air Forces in Europe, General Jeffrey Harrigian, said the purchase of Tucano fighter jets by Nigeria was an opportunity to cement the US relationship with the West African country and curb insecurity.

He words, “The A -29 Super Tucano gives us an opportunity to reconnect our relationship with Nigeria. It is also an opportunity to bring together the capabilities on the human side and what the A29 brings to the nation, practically as it would contribute to bringing stability to not only Nigeria but the region.”

“Importantly, the platform itself brings a multitude of capabilities and this is not just about weapons, it is about intelligence, surveillance, reconnaissance, it is about that operability that it provides between the air component and the ground component.

“And so, it broadens the shared understanding of the force to be able to operate in these different domains.

“And, we see this as really an opportunity to broaden those areas where we have these shared values and areas that we’re going to work together to ultimately work to improve the security instability and work in partnership with all the things that the embassy does,” he said.

Harrigian commended the personnel of the Nigerian Air Force for exhibiting high level of competence and professionalism during their training.

He said the induction of A-29 Super Tucano into Nigerian operation would be an opportunity to recommit themselves to the partnership between the U.S Air Force and NAF.

He gave assurance that while the NAF crew and pilots had been adequately trained, the U.S. Air force personnel would continue to work with them in Nigeria.

Going forward, the US Commander said Mobile Training Teams would be deployed to Nigeria to make all necessary part of the Training in maintenance and other Requisite available to the Nigerian Airforce.