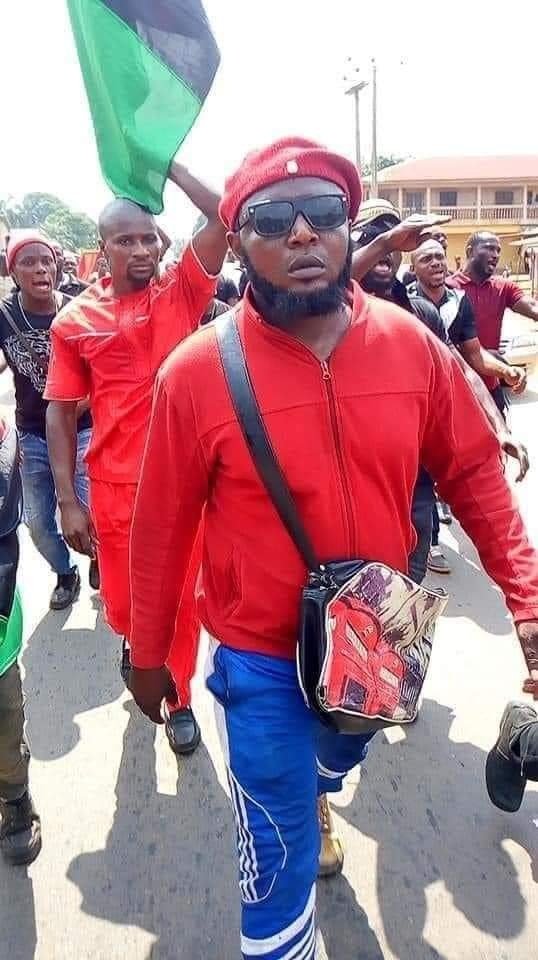 Leader of the Indigenous People of Biafra, Mazi Nnamdi Kanu has said that the Second Commanding officer of the Eastern Security Network, E.S.N, Ikonso Don will be buried with the heads of the security operatives that killed the Biafra agitator.

Nnamdi Kanu in a statement released this morning and yesterday, insisted that Ikonso Don was killed in his sleep without shootout.

The Nigerian Army said it lost one lieutenant, and the Nigeria Police Force lost three men of the Police Intelligence Response Team during gun battle with the Biafra agitators on Saturday morning in Imo state.

The Nigerian Army said the joint security operations comprising men of the Nigerian Army, Police Intelligence Response Team and Department of State Services, D.S.S was successfully carried out with the killing of Ikonso Don and six others; adding that Ikonso Don and his team are responsible for the recent attacks on security formations in the eastern states.

According to Nnamdi Kanu, Ikonso Don was killed in his house at the middle of the night without any shootout.

Nnamdi Kanu therefore insisted that the Eastern Security Network Deputy Commander, Ikonso Don will be buried the heads of his killers.

Nnamdi Kanu said in quote:
“Our enemies should know that assassination makes only MARTYS not converts. God is with us.

“There was no shootout, Ikonso was killed in his house, he was killed while he was sleeping in the middle of the Night

“We shall bury him like an Oba with the heads of his killers.

“Let them get ready!

FR. JOHN ODEY: THE ORACLE AT UMUOGUDUAKPU NGBO - CHRONICLES OF A PRIEST AND PROPHET