JEGA AND THE SNOWBALL’S SCRIPTS 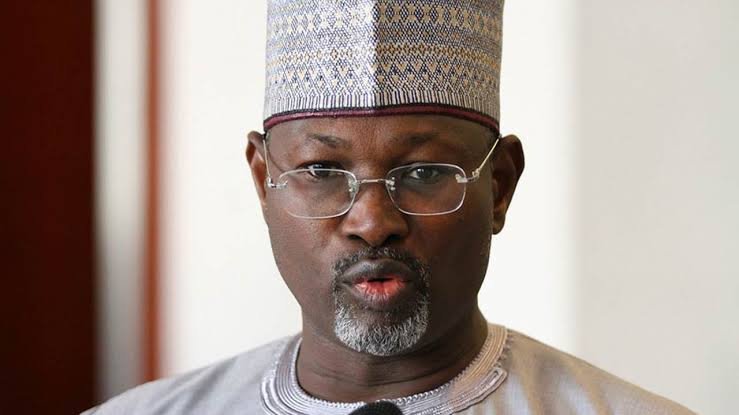 In the Novel ” Animal Farm” by George Orwell, one of the central points and thematic analyses was the exposure of dominant,callous and undemocratic system of leadership meted out to the people of old Soviet Union under Joseph Stalins.

It was a political satire portraying the bad eggs of lopsided government and its resultant effects on the lives of Sovietians using animals in the place of human beings as operating characters. No wonder literary dons called it ” Allegory”.

Snowball,one of the animals full of sycophancy was in the habit of fine tuning Napoleon s bad antecedents to the detriment of the people while on the other hand stood to wage protests against the same leadership policies.That is playing the script of a deceiver; Alas! What a fake life!

This Snowball character in the said prose work is likened to Prof.Attahiru Jega ‘ s recent statements for telling Nigerians not to vote APC or PDP in 2023 general election. This was a man who served under PDP government as an umpire of the national electoral body,INEC with all irregularities that bedevilled the conduct of 2015 general elections under his watch.

Jega, after receiving an appointment to head University of Jos Governing Council from the present APC led government had turned to speak against its leadership by inciting Nigerians not to vote either of the two major political parties,APC/PDP.Would one think Jega is being snowballic for his sense of unhealthy criticisms or playing to the gallery for Nigerians to see him as a blameless man who mean well for the country?

For the fact that Jega having seen the spate of economic drawbacks plaguing the Country under APC led federal government found justification in his heart to have compared it with PDP whose government created jobs, stabilized economy, paid foreign debts and transformed Nigeria after several years of despotism and handicaps under military rules.How would Jega after playing roles that aided APC took over the country ‘ s affairs in 2015 expect much from the same APC whose leadership body language is vengeful,clueless and anti people?

If Jega truly cherishes the goodwill of the citizens,from which point of view would he compare APC whose government hatched and still hatches the eggs of divisiveness,ethnic hatred, killings,insecurity and agitations that are in the ripe of balkanizing Nigeria with PDP that ran inclusive government full of respect for human Rights of the people?

With which yardstick would Jega, a Professor of Political Science measure APC government that has nearly grounded this country to a halt with the government of PDP whose economic policies stabilised Nigeria balance of trade by harmonizing prices of goods and services with an exchange rate of N160 to one dollar unlike the N500 / a door we have today.

For the sake of transparency, these utterances were least expected of Jega who had chaired the electoral body under whose platform political office holders are elected, It is totally infra dig of a man in his ranking who is supposed to encourage Nigerians to vote PDP instead of APC in 2023 having seen the backlashes of nepotic,turmoiled and shattered state of the nation that APC rule has plunged us into.Where is the scorecard of APC led federal government apart from what we see today ranging from intimidations, subversion of Justice, dwindling economy, hersdmen massacre,exhurbitant prices of food items,prebendalism, miscarriage of justice, corruption and avarice in the highest order. In the face of all these ills, how would a person of sound thought compare the antecedents of the two parties?

We must tell Attahiru Jega that Nigerians can’t be deceived this time neither would anyone brainwash them into investing in falsehood any longer.The change time is here,now and PDP is the way,for no mischief making can pollute the minds of Nigerians who are uninhibitedly crying for revival, betterment and change in platforms of government structures and its entirety.