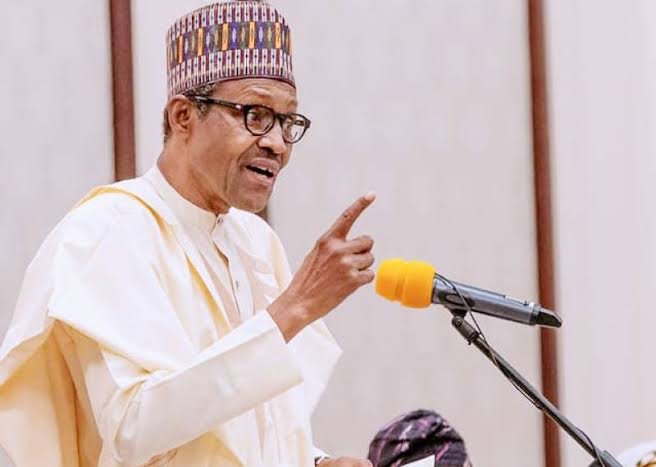 The leadership of the Movement for the Actualization of the Sovereign State of Biafra (MASSOB) has accused the government of President Muhammadu Buhari as the one behind incessant criminal terrorism and security detoriation in Igbo land.

According to Comrade Uchenna Madu, Leader of MASSOB, the whole killings and destructions going on in the entire South East are being masterminded by bandits, who he said are working in connivance with FG, with the sole aim of militarily intimidating Igbos after destabilising government structures.

These accusations are contained in a Press Statement he sighed, and made available to Jungle Journalist Media Ltd through electronic media.

It read “These acts of criminal terrorism by the so called unknown gunmen being perpetrated in our land against government facilities, security agents and some prominent individuals are being sponsored by enemies of Ndigbo.

“Through MASSOB intelligence Agency, we found out that all these attacks are being sponsored and executed by federal government of Nigeria through their protected militiamen called bandits and unknown gunmen. Their primary aim is to discredit non violence pro-Biafra freedom fighters like MASSOB and IPOB. They want to create an erroneous impression that pro-Biafra agitators have turned violent and militancy.

“How can untrained men and amatures with no military training overpower the entire security apparatus of Nigeria in South East? Why is it that there was no security resistance during the breaking up of Owerri prisons and Imo State Police Headquarters in an operation that lasted more than one hour?

“The terrorist attacks in Owerri are part of the ongoing destructive measures by the President Muhamadu Buhari led administration to discredit and blackmail the pro Biafra organizations to create an erroneous impression that Biafrans are waging war against Nigeria. Igbo land is the most peaceful and unterrorised region.

“MASSOB advised Governor Hope Uzodinma to stop heaping blames on IPOB or ESN or any other pro Biafra organization. Pro Biafra agitators are not responsible for all the terrorist activities in Igbo land. President Muhamadu Buhari and his Fulani cabals are responsible. The Fulani commissioners of police and military chiefs in Igbo land are partners in these terrorist activities in Biafra land.

“They will never stop until they achieve their desired aim. More destructive attacks will still come unless Southeast governors and other political, traditional and opinion leaders of Igbo land quickly convened a security meeting where critical stakeholders will put a a lasting strategy that will stop these devastative implosion coming to Biafra land.

The federal government of Nigeria led by President Muhamadu Buhari is plotting to militralise the entire Biafra land in disguise of searching for pro-Biafra agitators. They are planning to intimidate and inflict fear on our people to frustrate Ndigbo from clamouring for2023 presidency”, he said.