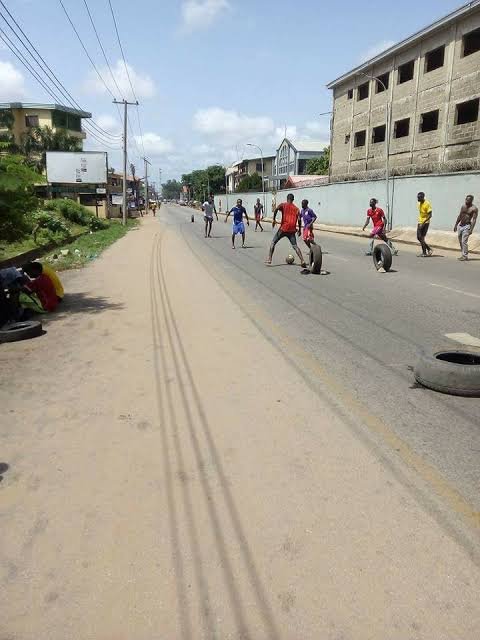 Traders in Onitsha, Anambra State, have devised a means to recoup the losses inflicted on their businesses by the weekly Monday sit-at-home order declared by the Indigenous People of Biafra (IPOB).

They have resorted to trading on Sundays.

Although the pro-Biafran group had since suspended the directive, residents of the commercial city had continued to observe it.

A trader, who simply gave his name as Elvis, said: “Most of the markets are opened on Sundays since the Monday weekly sit-at-home commenced. We do our business, association and village meetings on Sundays and use Monday to rest.

“If you’ve been going to Church on Sundays, particularly Catholic and Anglican, you will notice that attendance had dropped because traders and importers offload their goods on Saturdays and Sundays and now rest on Mondays.

“We’re not losing much since some of the commercial activities we can’t do on Mondays are now being done on Sundays. Therefore if the sit-at-home continues from now till year ending, we are not bothered.”

The Founder and National Coordinator of Balance and Equity Group (BEG), Mr. Chris Arinze, said: “I was shocked with the reactions I got when I posted on my Facebook page, the implication of continued sit-at-home by the people of Southeast and what it will do to our economy.

“I was called different names, including Fulani slave by bankers and civil servants who wanted to stay away from work on Mondays because they want to enjoy three days at a stretch because their salaries are assured whether they worked or not.

“They don’t consider families that feed only when they work on daily basis, they don’t also consider artisans, cart and wheelbarrow pushers who feed only by going out daily.”

Residents of Aba, Abia State remained at home yesterday to observe what many described as self-imposed sit-at-home, turning the commercial city into a ghost town.

The city was said to have been deserted, particularly in the morning hours except the suburbs where commercial tricycle operators provided skeletal services.

Banks in the city shut their gates to customers, as markets although opened, but there were no traders.

Filling stations were all closed, the city was deserted as human and vehicular movements were restricted to the suburbs.

Schools closed their gates, forcing teachers, students and pupils to stay at home.

The state capital of Umuahia, however, witnessed a different story. The city bubbled yesterday more than it had in previous Mondays since the now suspended sit-at-home was announced about two months ago.

People came out in their numbers on the streets indicating that live had fully returned to the city.

Banks for the first time since the sit-at-home order was pronounced, yesterday, like no other Monday for over four weeks running, opened for business.

Workers went to work, businesses bubbled in the various markets in the city, even as there were human and vehicular movements.

Students and pupils went to school, while filling stations opened for business.

A vehicle conveying vegetables, tomatoes and other perishable foodstuffs was yesterday morning set ablaze by unknown persons in Enugu.

Though, there was no sit-at-home in Enugu State, but residents suggested that the perpetrators were enforcing the exercise which has successfully been cancelled.

The vehicle was said to be coming from the Ugwogo end of the Opi/Enugu bypass when it was blocked and set on fire.

Sympathisers were said to have put a call to the State Fire Service prompting a quick response by the Ogui Road fire service station to the scene.

Though, the spokesman of the state police command, Daniel Ndukwe, could not be reached for comments, a senior police officer, who confirmed the incident, told our correspondent that the perpetrators were only trying to instill fears in the minds of the people, who had stopped obeying the sit-at-home.

The source said: “What you saw this morning is an evil effort by some hoodlums who are attempting to frighten law abiding citizens and force them to continue to stay at home.

“I can assure you that the police will apprehend those behind this dastardly act. But one thing I will tell our peaceful people is not to succumb to this of psychological warfare against them by people who want to submit them.”