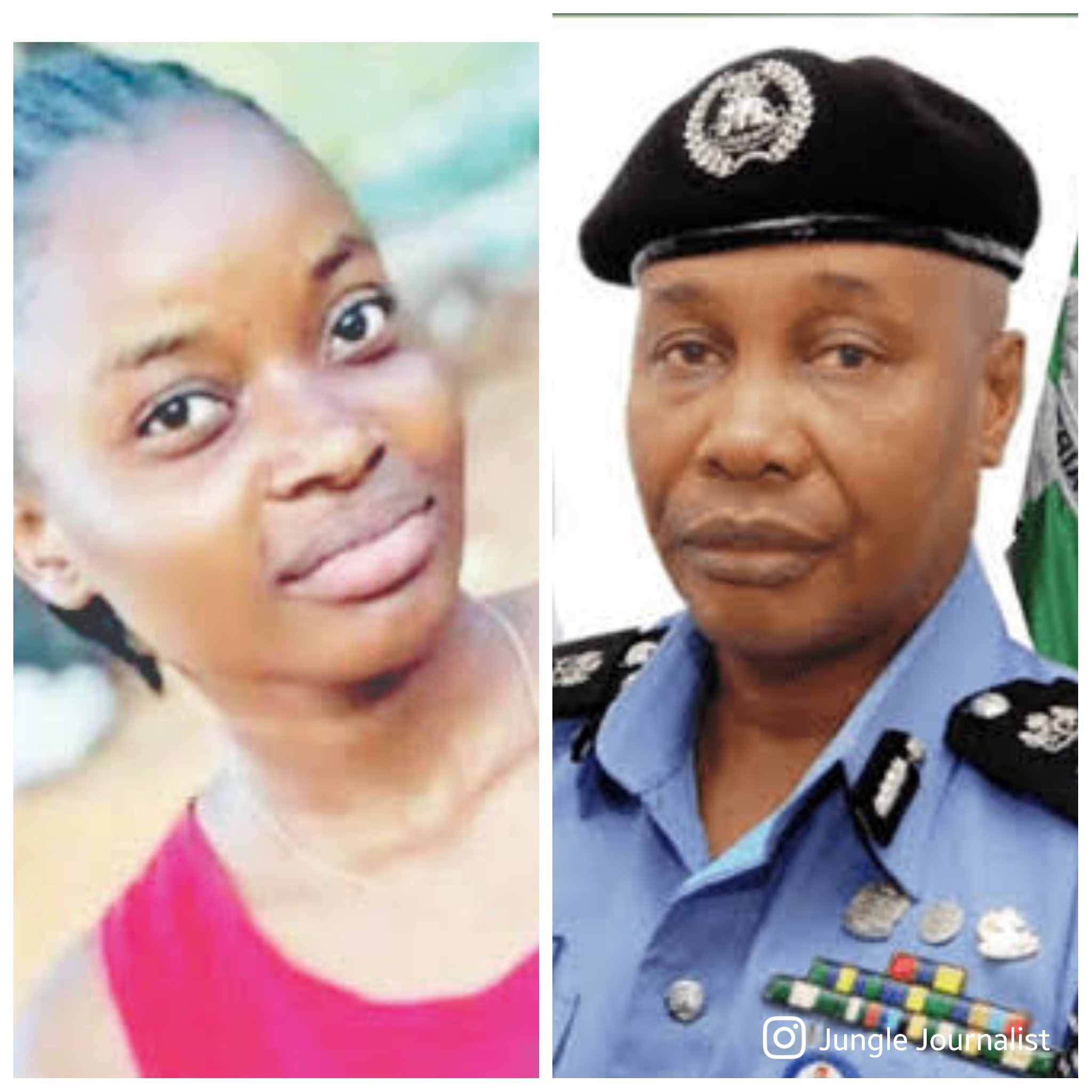 The order, according to Jungle Journalist Media Limited correspondent in Abuja, the IGP IRT unit, Head of Legal Departmenton had on 31st August 2021, allegedly approached the FCT High Court sitting at Maitama, Abuja presided over by Justice C Origi to upturn all interim orders made on Glory Okolie on the 27th August 2021.

Our correspondent reports that the above information was made available by an individual who would not want his name mentioned in public.

According to the information, the court presided over by Justice Origi once again implored the legal unit of the IG to obey the interim orders of the court, and the judge further told the lawyer to IGP IRT unit.

He said that the Glory Okolie matter is ‘funtus officio'(final and binding), as the case and same case file has been taken back to the Chief Justice of FCT High Court for reassignment.

Hence, he cannot make any further order. Reacting, counsel for Glory Okolie, Ihensekhien Samuel Jnr, said he was bemused and surprised by this unfortunate back door and shady court room practice by the unit, without putting him on notice by any application, and praised Justice in upturning the interim orders for bail of Miss Okolie.

Recall that Glory Okolie, a 21-year-old young woman was arrested and enslaved by operatives of the Inspector-General of Police’s Intelligence Response Team (IRT) in Imo State and detained in in Abuja for over 66 days in detention.

She was allegedly turned into a slave, being made to cook food and wags clothes for the officers.

According to the police in a statement, said she was arrested for alleged membership of IPOB.

One Love Foundation, a frontline human rights group had joined in the calls for her release and is among those seeking redress.

INSECURITY: Nigeria might implode under APC, act before its too late-Dan Orbih tells S’South Govs

INSECURITY: Nigeria might implode under APC, act before its too late-Dan Orbih tells S'South Govs